Most people in the United States automatically equate November with Pilgrims & “Indians” and Thanksgiving, and while the tide of cognizant adults is turning, there are still millions of people in the USA who do not acknowledge our country’s horrific, genocidal, colonial history. I’ve written about Native American women’s activism in the States before, but today I want to bring your attention to Native American Heritage Month, and a few things you can do to help improve the lives of Native Americans still reeling from centuries of slaughter, forced migration, forced assimilation, and modern political policies like forced sterilization that deepen the mistrust indigenous folks have against white colonizers. While we all might not be able to give back the land our ancestors stole, there are a number of other things we can do to support our Original American neighbors. Today is also the International Day for the Elimination of Violence Against Women, the kickoff of 16 Days of Activism Against Gender-Based Violence.

While the sentimentality of a holiday to show gratitude for what we have is nice, we can’t deny the roots of Thanksgiving, which is why many Native American families and activists see the holiday as anything but something to be thankful for. The most important thing you as an individual can do to combat the mistruths we’re taught in school is to educate yourself and others as to the realities facing Native communities on a daily basis. It’s also important to be honest with children of all colors and races about the origins of our country and our holidays. One way to show your support for indigenous communities is to wear red on Friday, November 27th, and use the hashtags #NativeLivesMatter and #IdleNoMore on social media.

Native children, as they have under the Bureau of Indian Affairs for decades, also face incredible obstacles in achieving an education. Suicide rates amongst Native youth are astronomical, but all young people of color are much less hopeful to live to age 35 than their white peers. With South Dakota frequently taking Native American children from their families to place them in foster care (because the state earns money for every child under state care) the Lakota People’s Law Project is demanding that President Obama take action. You can sign their petition here.

Another petition you should sign is this one to stop the flooding of Winnemem Wintu’s last sacred location. While Obama has been lauded by many as a leader on environmental issues for not allowing the Keystone XL pipeline project to be built, there’s always room for improvement, and a delegation of more than 45 indigenous leaders from across the continent are making their way to Paris for the UN Climate Talks. Environmental issues are a major factor impacting the health, sovereignty and survivability of many Native American tribes. The President is also the target of demonstrations this weekend to grant clemency to Leonard Peltier, an American Indian Movement (AIM) activist charged with the murders of two FBI agents and the fierce AIM activist Anna Mae Aquash.

Unfortunately, despite an incredible history of strong, warrior women and equality for all sexes/genders in many Native cultures throughout the continent, murders of Native American and First Nations women are still rampant and sex trafficking regularly occurs with impunity. Follow the controversy with #MMIW which stands for missing and murdered Indigenous women. Native American women also deal with domestic violence and sexual assault at astounding rates. No better example of “the personal is political” exists than that of environmental degradation of fracking in North Dakota and its impact on the levels of violence against women and girls in the area. But Native women definitely aren’t giving up; they’re fighting back by creating safe spaces like Tewa Women United, the Four Directions Clinic on the infamous Pine Ridge Reservation in South Dakota, and the first-ever Native American birthing center, planned to open in New Mexico within three years. With only 14 Native American certified midwives throughout the entirety of the US, you can see why such a project is necessary–donate to it here. 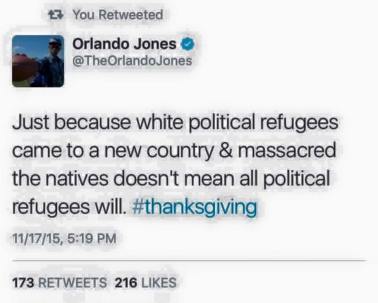 I owe my initial understanding and appreciation of other cultures to an elementary school classmate’s family. They are Me-wuk, and in my small public school in Northern California, took every opportunity they could to educate our class and our school. Native dancers came and performed for us and we took field trips to learn about them. Officially replacing the derogatory name “Digger Indians” placed on them by the invading gold miners, Miwok became the tribe’s official name in 1924. Although I have written before about how language shapes our realities, and I talk a lot about the importance of naming, labels and respecting identities, many readers may not know that I have a degree in Linguistics. I’ve studied 7 languages, including two indigenous languages, Nahuatl–the language of the Aztecs, and Miwok. Studying indigenous languages is a revolutionary act, especially because of the abhorrent relationship between Native Americans and their languages that white colonizers perpetuate to this day. 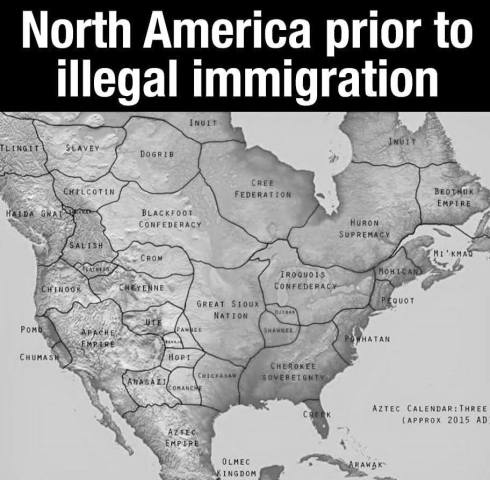 Studying a new language can give us a totally new understanding, by making us view the world through a different lens. In the course where I studied Miwok, other students were studying other languages, and I learned that many Indigenous languages group nouns based on shape–round, flat, long, etc. It’s also important to consider that many Native cultures understand their actions as affecting Seven Generations, and thus feel personally and politically obligated to take both their ancestors’ accomplishments and their offsprings’ futures into account. One way to ensure that Native Americans in our communities are not “in the past tense” is to do whatever we can to keep their unique languages from dying. 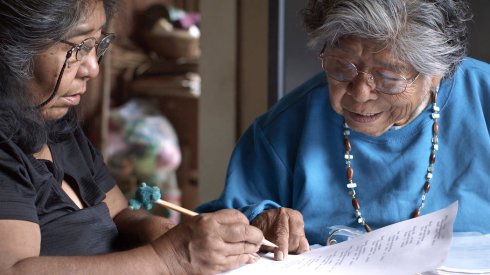 National Geographic’s Enduring Voices Project shows that two areas of the United States are currently suffering from high to severe threat levels for the extinction of unique Indigenous languages, although even languages like Lakota with 6,000 speakers are still not safe. The Pacific Northwest is home to 54 Native languages, but many of them are on the verge of dying out completely. A Canadian project working to combat this is First Voices, which maps and archives Indigenous languages with soundbites and written dictionaries. Further down the coast the Advocates for Indigenous California Language Survival work with UC Berkeley to document languages, and also created an incredible Master Apprentice Program for individuals to learn directly from speakers of Native languages. The other area of the United States where Indigenous languages are threatened with extinction is the Oklahoma-Southwest region, home to 43 different languages, including Euchee, a language isolate, meaning it doesn’t belong to any language family. Euchee only has five remaining speakers–to donate to the Euchee Language Project consider a recurring gift to Cultural Survival. 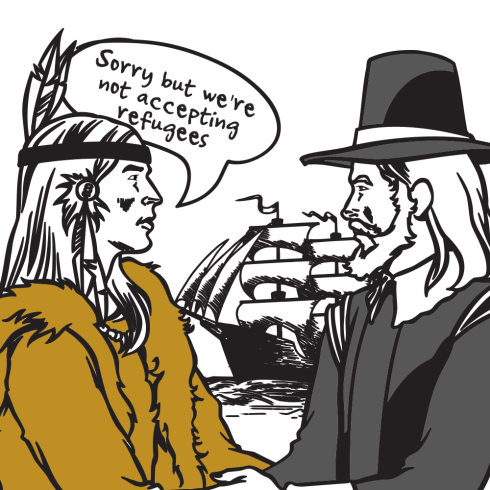 I know I’ve included a lot of plugs for donations in this post, but really it’s the least you could do. The Dolores Project homeless shelter could use your help as well. If giving money is totally not an option at this point though, supporting Indigenous artists in all media is a good place to start. You can play the unique Never Alone, the first Alaska Native videogame, buy fashions from these Native designers instead of appropriating their themes from big box stores, listen to these seven rising Native American musicians, learn from this intrepid mapmaker and his incredible work, and support Matika Wilbur’s photography with Project 562. If you’re in Santa Fe in mid-August, be sure to check out the Indigenous Fine Arts Market. There are also tons of Native American authors you can read and learn from. Eden Robinson’s Monkey Beach was really poignant for me. If you’d rather watch your storytelling, here is a list of 84 films by and about women of color, and if you’re branching further south, 4 documentaries about indigenous Mexicans. Now go forth, and dismantle colonialism!