Today, September 21, is the International Day of Peace. Today is a day to be inspired by the acts of love of the millions of people around the world who all share the same goal: peace.

Planting a tree at the 2009 International Peace Day at the University for Peace.

Everyone’s definition of peace is different and even amongst the most outspoken peacebuilders the importance of inner peace versus world peace is addressed regularly. I firmly believe that working for equality and justice is the most important thing anyone can do with her/his/hir life. I also believe that the journey to help others is much more difficult if you cannot first help yourself, so with that in mind, if you need to achieve some balance, love or light in your life here are some suggestions:

For me, peace will come with true equality. Happy Peace Day everyone!
Love one another.

Over the past four days we have seen various organizations that hold awareness raising events to combat violence against women. Today’s organization is different in many ways, but the overwhelming similarity it shares with its predecessors is that these groups are made up of women who are saying no to violence.

Women in Black started in 1988 in Israel as an anti-war movement. Today Women in Black (and many translations of it) are active in at least 17 countries (with possibly as many as 150 separate groups) around the world, and are estimated to include roughly 10,000 members. The WiB motto “For justice. Against war.” is the minimal guidance new groups have in launching their own protests against violence. Annually the international chapters meet at a conference; this year’s meeting will take place in Bogota, Colombia in August. 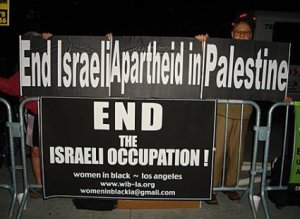 WiB classifies itself as “not an organization, but a means of communicating and a formula for action.” Women in Black “is a world-wide network of women committed to peace with justice and actively opposed to injustice, war, militarism and other forms of violence.”

Women in Black is not a typical nonviolent organization; there is no formal structure, there is no recipe for a good protest or vigil, the only requirement is that women wearing black come together to take a stand against violence, usually on a weekly basis. Often these protests are silent, but placards are used to convey succinct messages.

Other forms of strategic nonviolent action used by Women in Black include occupying public (or forbidden governmental) space, marches or processions, vigils, masks, effigies, music, and obviously, symbolic colors. To download Gene Sharp’s list of 198 nonviolent actions YOU could be taking to speak out against violence, go here.

Seattle WiB is very active, as are the Northern California Bay Area Women in Black, Mujeres de Negro en Uruguay, Italy’s Donne in Nero and Zene u Crnom in Belgrade, and many other groups.

Other anti-war groups around the world respect and honor Women in Black and use their actions to exemplify what anti-violence should look like. One such group is Savaş Kaşıtları here in Turkey. But not everyone supports what WiB does, this video shows some of the attacks faced by anti-war, anti-violence, and anti-occupation protesters.

The main lesson to be learned from all of the participants in Women in Black is that if you are persistent, you can make yourself known, make your views heard, and make a difference.