The victims of the massacre at Emanuel African Methodist Episcopal Church

There’s so much I could write about right now I had a really hard time choosing this month’s topic! From LGBTQAI+ Pride to #BlackLivesMatter to reproductive (in)justice and everything in between, there’s a lot going on in the United States that deserves our attention. Recent police violence against black girls and the massacre of Emanuel African Methodist Episcopal Church parishioners pictured above Rev. Sharonda Coleman-Singleton, Rev. Clementa Pickney, Tywanza Sanders, Rev. Daniel Simmons, Ethel Lance, Cynthia Graham Hurd, Susie Jackson, DePayne Middleton Doctor, and Myra Thompson shows that racism in the US is still deadly. Domestic violence is ever-present. Biphobia and bi-invisibility are still rife, even during Pride Month, and trans immigrants are still dying to become Americans. One thing that doesn’t deserve our attention is white privilege that ran rampant in blackface for years.

Despite the often deadly climate in the US for trans women of color the documentary Out in the Night sounds like an incredible exploration of the intersection of race, gender expression, sexual orientation and class as it plays out in the “justice system” from street harassment to prison. Other snippets of positivity have popped up recently too including simple ways to combat racial bias and use white privilege for good, major retailers discontinuing sales of Confederate flag merchandise, the presence of a woman on American money in the near future, the continued presence of Obamacare and free birth control in our healthcare system, Lorretta Lynch was sworn in as Attorney General by Supreme Court Justice Sonia Sotomayor, California passed a bill banning crisis pregnancy centers from lying to patients, New York law now requires sexual assault charges to appear on college transcripts, Google’s new policy to exclude revenge porn search results, a 16-year-old French girl registering on Major League Baseball‘s international list, GO! Magazine’s 100 Women We Love, a Kickstarter for a documentary on black women in tech was wildly successful, these six awesome international developments for women’s human rights and today’s ruling by the US Supreme Court that MARRIAGE EQUALITY IS THE LAW IN THE UNITED STATES!!! “We’ve made our union a little more perfect.”- President Obama #LoveIsLove

Since I couldn’t choose between all the good and the bad things going on I landed on the ugly. Not really, but there definitely is some ugly truth coming up with the 2015 FIFA Women’s World Cup. I’ll admit I am no expert on sports–in fact I don’t even really care about sports. While I grew up with football, baseball, hockey and tennis on TV occasionally and was basically required by the size of my elementary school to play basketball, kickball, flag football and softball and participate in all kinds of track events, I am no athlete. My partner however is all athlete–grew up playing futbol and basketball and avidly watches men’s and women’s futbol, basketball and tennis, and American football to this day. His love for sports is contagious and after learning so much from him about the benefits of team sports, especially for kids, I’ve somewhat come around. I still can’t tell a pick ‘n’ roll from a set screen but I watched most of this year’s NBA finals and thanks to Title IX some of the Women’s College World Series and have been engrossed by the Women’s World Cup.

Women’s sports get less media coverage now than they did in 1989, but if you have the right channels, or go to the right sports bar, you too can watch women from around the world play the Beautiful Game in all its glory. Superstar ballers like Brazil’s Marta, South Korea’s Cho So-hyun, and the US’s Alex Morgan are showing the world that women have just as much passion, talent and heart as men, but like everything with FIFA this World Cup isn’t without controversy. For those of you not familiar with the Evil Overlords of Soccer FIFA has recently been embroiled in a corruption scandal and former President of FIFA Sepp Blatter (the genius who proposed increasing interest in women’s soccer by making players wear “tighter shorts”) stepped down amid complaints of obvious human rights abuses by upcoming Men’s World Cup host countries Russia and Qatar. 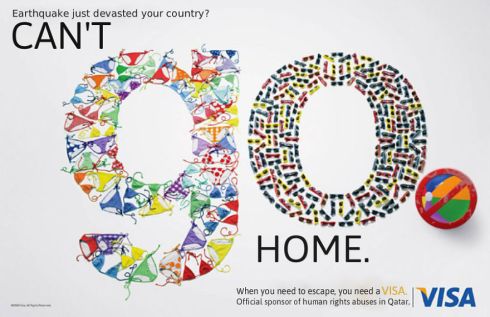 Twelve international women’s teams are set to appear for the first time in the next iteration monstrously successful video game franchise FIFA 16 but even that feat has been overshadowed. The biggest issue players and fans alike have with the 2015 Women’s World Cup is the playing surface. Men have never been made to play on artificial astroturf and even though Canada had offers to install grass for free FIFA maintained that separate but equal was possible. Despite balmy temperatures all over Canada in the 70s-80s during game time temperatures on the field ranged upwards of 120-130 degrees Fahrenheit even though temperatures over 122 degrees are considered “unsafe for sustained use by trained athletes.” Issues surrounding pay equality for women athletes have also come up numerous times.

“This is why soccer should be played on grass!” -US Striker Sydney Leroux

If you need a primer on how elimination works in these tournaments this page is an easy read and this page has a quick 20 facts to get you caught up on WWC action through its history. In the down time between games various sports channels have been re-showing Nine for IX, which originally aired in 2013, and has one episode focusing on “The ’99ers,” the only US Women’s Soccer Team to win a World Cup. For an interesting history of the iconic photo of Brandi Chastain check out this piece, but save it for after you’ve seen The ’99ers. Also airing recently was Heroes: The Story of the FIFA Women’s World Cup which I’m sure is also available online. The United States plays China tonight in a knockout quarterfinal game but make sure you catch up on this fantastic re-cap of the game that got us out of group stages.

The quality of play has not been an issue so far–the women’s teams are making the same mistakes the men’s teams do, but one of the most glaring issues has been the inexperienced referees. I think most fans can appreciate that FIFA and/or Canada wanted to have all female refs for the Women’s World Cup, but since only 10% of referees globally are women their experience level cannot be equal. To follow the action on social media check out @FIFAWWC #WWC #worldcup #USA #LiveYourGoals and #SheBelieves. In the face of rookie refs, turf burns and no real professional league development the United States Women’s Soccer Team’s future could look pretty bleak, but with so much love from fans and talent from our superstars, like Mia Hamm, I believe!

A Wing & A Prayer

So much has gone on in June I can’t even keep up with my emails, let alone blog to you about all of it. But, while watching a female fan of Costa Rica sob in the stands of the World Cup after Greece scored, it struck me that many of you don’t know the grizzly truth behind the World Cup, and many other high-stakes sporting events: they’re hotbeds of domestic violence and sex trafficking. There are certainly a number of programs and organizations that are seeking to utilize sports to spread peace, but the current state of affairs is a sad one for victims of interpersonal violence.

Back in 2011 a study was published, Beware, win or lose: Domestic violence and the World Cup, and its findings were shocking. When England lost in the 2010 World Cup domestic violence rates rose by 31.5%, and when they won, they rose by 27.7%. But no one seemed to notice this study, so Lancaster University completed a similar study, and found similar numbers. After analyzing the 2002, 2006 and 2010 World Cups, rates of domestic violence in England rose by 38% when the national team lost, and by 26% when they won. These figures prompted English police to issue warnings to high-risk offenders of domestic violence leading up to the World Cup and lead Tender to create this chilling PSA.  With the World Cup raging on another two weeks, gun violence rampant in the US, and minor celebrities like Robin Thicke stalking his estranged wife on the most public of scales, what I ask of you is to pray to #GetHerBack to safety. All people – regardless of gender/identity, sexual orientation, age, race, religion, dis/ability, language, class, education or location – deserve to be treated with respect in their relationships. Period.

So the Wing is the Football/Futbol link, and the Prayer is where you come in, dear reader. What I ask of you is to pray for all survivors of domestic violence, pray for the lovers in Nigeria and Algeria today whose partners lament their teams’ losses, and pray for the lovers in Germany and France whose partners are voracious in their teams’ victories. Pray for all the people in all of the countries who are experiencing domestic violence, and then go act in your community. Donate your time or money or supplies to your local DV shelter. If you hear something that concerns you call the police. This life is all we’ve got, everyone deserves for it to be as safe and long and healthy as possible. 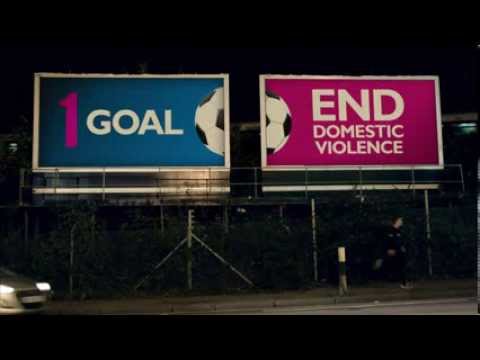 If you or someone you know is experiencing domestic violence call 1-800-799-SAFE within the United States 24/7 for help.