February: the Pinnacle of Intersectionality

For being the shortest month of the year February certainly packs a lot into its 28 days. I apologize in advance if some of this is discombobulated. Of course February is Black History Month, and it’s also Teen Dating Violence Awareness Month, and a time for LBGTQAI+ visibility. So how do all of these factors interact? I’m glad you asked! Unfortunately the data on dating abuse amongst black queer youth is practically non-existent, so that’s something to get on before next February rolls around. Here’s a quick primer on why feminists need to talk about race (as if Black Feminists haven’t been), and a good list of books covering race, gender, sexuality, class and culture. Don’t tell me you’re colorblind either.

February started off with 68 survivors of human trafficking being rescued before the Super Bowl, including sixteen teens between ages 13-17, with epic timing the nation’s first home for sex trafficked boys also broke ground this month. Of young Queer people who have sex for survival a startling 89% identify as people of color, with homelessness amongst Queer youth being a leading cause of needing to trade sex for food or shelter. Transwomen are especially likely to be targeted in prostitution stings, even if they are not actually sex workers. Even though transgender folks can safely use long-term hormones and can no longer be discriminated against in receiving help from federally funded shelters, the Ali Forney Center in NYC for homeless LGBT youth remains a rare safe haven.

Additionally rates of abuse and domestic violence in Queer relationships have increased, but help for Queer folks seeking shelter hasn’t. Here you can check out some things that make abuse and domestic violence invisible in the Queer community. And while reporting of sexual assault and domestic violence is low in most communities the fear of reporting is confounded by systems of racial and class bias, making Asian-Americans are very unlikely to report either. Luckily the newest (and second in history) Asian-American TV comedy Fresh Off the Boat has already tackled how to teach consent, and it was funny! In other domestic violence news NASCAR has suspended Kurt Busch indefinitely for violence he allegedly committed against his girlfriend in September. Abusers who strangle their partners are twice as likely to kill them, so to see NASCAR react in such a responsible way is refreshing.

#BlackLivesMatter, a movement that started more than three years ago with the murder of Trayvon Martin and was fueled by Ferguson, churns forward with San Francisco’s Queer #BlackLivesMatter Action today in the Castro, and Americans across the nation waking up to realize the Prison-Industrial Complex is a terrible idea. While the police in this country are killing more people than ever–unidentified women, veterans, Queer Latina girls, black boys, Native Americans, black women–Trayvon Martin’s murderer (like so many other killers who start with violence against the women in their lives) seems invincible.

While trans visibility is becoming more of a reality and some women’s colleges are adjusting their admitting policies, the sickening rate of murder of trans women this year has been overwhelming. You can donate here to Sumaya Dalmar’s legacy. And while young people are more likely to see gender as a spectrum rather than a binary, trans kids are apparently ruining the bathroom situation for everyone else *massive eye roll* and high schools, universities, and Indiana are still discriminating against the LGBTQ community. Kids throughout the Queer community are also committing suicide at alarming rates, which is one reason visibility matters. Hopefully something from the 2015 Rainbow List of books for Queer young people will help, and efforts like Transforming Gender and these photo essays on transgender elders can show young people that life after 25 is possible, for some. 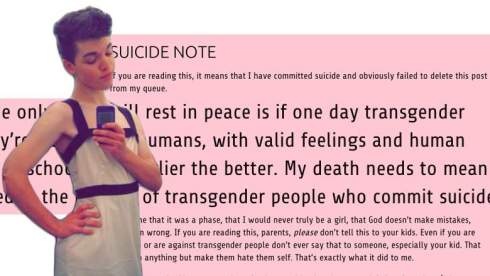 Black women in both the anti-racism movement and the unfortunately often separate white feminist movement are doing amazing things this year, like creating #WeAreBlackHistory, running companies in corporate America, sharing thoughts on being black women writers, launching the “Because of Them We Can” photo essay, examining the state of black girls in education and juvenile justice systems, spearheading the Manhood Development Program for black boys, defending their hair and their culture with nothing but class, dropping the mic on rape culture, and superimposing bell hooks quotes over 90s pictures. Check out a discussion on wage equality, glass ceilings and interracial dating here.

Here are some of the black feminist authors and Queer Black Women you should know, and here is an A-Z children’s book of Radical American Women, and a short history of four Queer African BAMFs. Here is an amazing Black woman scientist. Black girls are making history too, in sports, and in education. And an African-American military history museum in Mississippi is honoring women veterans through March in honor of both Black History and Women’s History months. Here you can take a look at what has and hasn’t changed for African Americans since segregation was law.

Catwoman, like these badasses, is a bisexual woman of color now! And everyone is talking about her. High school girls are also talking about the subject of slut-shaming, and even though ridiculous violations of girls’ privacy are apparently legal and politicians don’t seem to understand sexual assault girls understand #TheresNoPerfectVictim. Twitter admits that they “suck at dealing with abuse” but the social media giant can do good, with #50ShadesOfAbuse spurring a movement to give to local domestic violence agencies.

President Obama’s immigration reform actions, expansion of FMLA, and creation of a Special Envoy for LGBT Human Rights have been good, but not enough. Freeing transwomen–hell, all women–from immigration detention centers, and granting amnesty to the women and girls fleeing violence, child marriage and abuse around the world is the right thing to do. New York is also finally doing the right thing by putting a stop to asking about students’ immigration status in admittance paperwork.

Although science has made massive leaps in reproductive technologies which benefit everyone, including the Queer community, Latinas are still dying from breast cancer at an alarming rate. Some thoughts on being Afro-latin@ address intersectionality in race and class that can compound discrimination in healthcare. Here are a few Latinas making history today.

One hand washes the other as some politicians are pushing for college campuses to take action against sexual violence while students are lobbying for a bill which would educate young people about sexual violence. Indiana is also in the news this month for punishing a(nother!) Asian-American woman for having a miscarriage. Want to hear black voices in the Reproductive Justice Movement? They’ve always been here, it’s time we stop silencing them.

Reproductive Justice is the term created by black women in 1994 to bridge the gap between reproductive rights and other social justice movements. Reproductive Justice, the human right to not have children, to have children, to parent the children one has in healthy environments and the human right to bodily autonomy and to express one’s sexuality freely, insists that we see abortion and reproductive health in the larger context of the overall health and wellness of women, our families and our communities. – Monica Raye Simpson, SisterSong

Female Genital Mutilation, a clear violation of human rights and good medicine, is a problem that’s not usually discussed in an American context, unfortunately that’s probably because it’s more likely to happen to immigrant women of color. This new law book on reproductive justice is the first of its kind and shockingly a Texan politician is pushing for medically accurate sexual health education in the Lone Star State, because as we learned in Colorado, it works. And we’ve talked about them before, but we really don’t need a reason to push the Native Youth Sexual Health Network‘s awesomeness on you, but Teen DV Awareness Month is a good excuse. Here’s a coming of age film centered on black girls for you and a short film history on Arab feminism, because after reading through all that’s happened this month, you deserve it.

#Day16 of #16Days–our final exploration of resources around the world for those affected by gender-based violence–leads us to Nigeria. Thankfully the resources available to folks facing violence and discrimination in Nigeria are much more plentiful than yesterday’s exploration of The Bahamas! Unfortunately these resources are much-needed as statistics show that at least one of every three women in Nigeria suffers from domestic violence and in some areas even physical violence against one’s spouse is not considered a crime. As many as 56% of women in parts of Nigeria are also subjected to female genital mutilation-FGM.

International non-governmental organizations, like Pathfinder International and CEDPA, are working in Nigeria to provide reproductive and maternal healthcare due to the astronomical rates of HIV/AIDS in the country. Nationally the Women’s Rights and Health Project engages “community leaders, policy makers, religious/traditional leaders and other stakeholder[s] in the promotion of women’s rights and health.” Their “Gender Based Violence programme is a comprehensive rights and health intervention which engages community based social structures in mitigation, prevention and control, access to Justice for survivors and general support.” They offer counseling services to young couples, provide marriage counseling, and referral services, and hold workshops and training in

The Civil Resource Development and Documentation Centre (CIRDDOC) “is an independent, non-governmental and not-for-profit organisation established in 1996 for the protection and promotion of human rights and women’s human rights and the strengthening of civil society. CIRDDOC is also committed to the institutionalization of good governance, gender equality and the rule of law in Nigeria.” Through public outreach, training, capacity building, the media, seminars, conferences, research, public hearings, civic education, counseling, advocacy, litigation, advice on budgeting and MANY other projects CIRDDOC hopes

The Gender and Transformative Leadership Training in Nigeria from WOCON

The Women’s Consortium of Nigeria holds a United Nations special Consultative Status for their work to enhance the status of women and their commitment to “related feminist goals and ideals.” They focus on human trafficking (in women and children), gender violence, civic education, grassroots advocacy, conferences and meetings, and political empowerment. They also offer a number of resources and explain how you can help. The aim of their work is

Regionally the West African Women’s Rights Coalition and in Nigeria WACOL– WomenAid Collective, was formed “to promote and advocate for the rights of women in the West African Sub Region using the African Union mechanisms, in particular the African Commission and ECOWAS.” They “are dedicated and committed to helping women and young people in need,” and envision “A democratic society free from violence and abuse where Human Rights of all, especially Women and young people are recognised in law and practice.” They provide shelter and legal aid to those affected by abuse and offer free legal aid hotlines at: 042-303333, 09-2340647, 084-572948 +234-0704-761-837, and +234-0704-761-839. 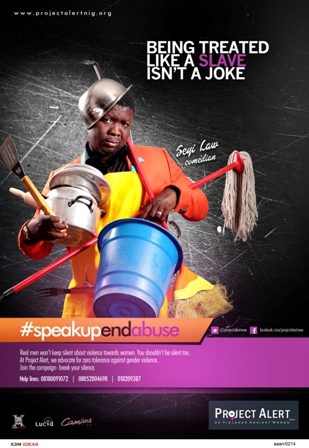 Project Alert on Violence Against Women opened the first battered women’s shelter in Nigeria, Sophia’s Place, back in 2001. In addition to shelter they offer legal aid and counseling services. Other work focuses on research and documentation and human rights education. They can be reached by phone at 234-1-8209387, 08052004698, and 08180091072, and by email at projectalert@projectalertnig.org and info@projectalertnig.org. Check out their blog here and join the conversation on Twitter with #speakupendabuse.

So many inspirational organizations exist in Nigeria and around the world that are striving everyday to end gender-based violence. The message of today’s International Human Rights Day is #HumanRights365 because everyone deserves all their human rights every single day of the year. It’s truly been my pleasure to virtually travel the globe as your tour guide over these past 16 Days of Activism Against Gender-based Violence! If you or someone you know needs help escaping abuse what we’ve learned is that it’s imperative you speak up. There is help- it’s here.