Yesterday we saw how The Clothesline Project uses T-shirts to raise awareness of and combat the acceptability of violence against women. Today we will explore how another ordinary article of clothing, jeans, can spread a message of hope, courage, support, and most of all, that “Yes means yes, no means no: whatever we wear, wherever we go!”

This year Denim Day will fall on (or around) April 27. The date changes slightly each year but the Denim Day in LA website is regularly updated. Peace Over Violence, the organizers of Denim Day in LA, describe the event this way:

“It is a rape prevention education campaign, where we ask community members, elected officials, businesses and students to make a social statement with their fashion statement and on this day wear jeans as a visible means of protest against misconceptions that surround sexual assault.”

Denim Day was inspired by a rape case in Italy in which the Italian Supreme Court overturned a rape conviction because, the judge argued, the victim was wearing tight jeans, and so must have helped her attacker take them off, thus consenting to sex. To protest the ridiculous verdict women of the Italian parliament protested by wearing jeans to work. News of the protest spread to California where our legislators did the same, and when the Executive Director of Peace Over Violence heard about it, Denim Day in LA was born. That was in 1999 and Denim Day has taken place across the globe since then. 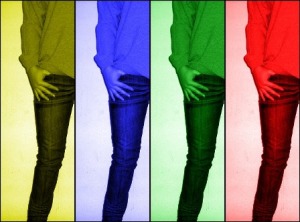 The outrage that followed this case continues today as many states in the US do not have laws about rape that contain the word “consent” but rather identify rape solely by penetration. My biggest complaint with rape laws in the US (other than their complete lack of enforceability) is that the justice system currently does not consider a man forcing a woman to continue having sex to be rape. That is, once a woman consents to an act of sex, she then has no power to terminate it. It’s infuriating that in 2011 we are still debating whether women should have the right to control their own bodies (in this and many other contentious areas).

Many organizations, such as the Missouri Department of  Health & Senior Services offer toolkits for organizing your own Denim Day, and Denim Day is an internationally recognized event, taking place in communities and college campuses around the world. Nearly all domestic violence and rape/sexual assault shelters and organizations also participate in Denim Day, so if you are interested in helping out and helping to squash myths surrounding sexual assault, contact your local shelters to see if they can use volunteers.

Rape is not sex, it is violence

Myth: Women encourage rape by wearing sexy, suggestive clothing. If someone dresses conservatively they are less likely to be raped.

Reality: Research consistently shows that rape is about the need to act out power and control, not what a person wears. In fact, women and girls have been raped while wearing everything from pajamas to jeans to business suits.

Myth: Most rapes occur in a dark alley by a stranger.

Reality: About 75% of rape victims are assaulted by someone they know . . . intimates or acquaintances. This could include dates, family members, boyfriends, and husbands.

Myth: If a woman consents once to sex with someone, she can’t ever be raped by him. If she knows

him or is in a relationship with him, she can’t be raped.

Reality: Coercing or forcing someone to have sex against their will is sexual violence. Knowing, dating, being married or related to, is not a license to rape.

Myth: He’s attractive and successful. Anyone would want to be with him. He couldn’t be a rapist.

Reality: Rapists come from all types of backgrounds and all walks of life. Money and success does not preclude committing a crime, but in some cases it has helped avoid a conviction.

If you or someone you know needs help here are some organizations that can offer support: