Day 12- Women’s Activism in Central America and the Caribbean 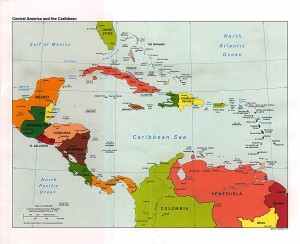 Central America and the island nations adjacent to it in the Caribbean Sea are often an unknown or forgotten part of the world. The biodiversity and fragile, supple ecosystems of these countries are under attack but so too are the people of this region. The high rates of violence in Central America and the damaging effects of climate change in the Caribbean mean that everyone here is on high alert. Two organizations that operate around the world to help women, but are particularly active in Central America are Vital Voices, the International Lesbian, Gay, Bisexual, Trans and Intersex Association and MADRE. Though I will attempt to find as much as possible in English, a number of the links today may be in Spanish, if they are, it will be clear.

Guatemala: The murder rate in Guatemala is 49 of every 100,000 people. Frighteningly, it is not the highest in the region. But the rate of violence against women in this Central American country was enough to prompt a United States federal court to rule that immigration officials should reconsider the asylum request of a woman because she would suffer violence and possibly death if she returned to Guatemala. But some Guatemalan women are using activism within the US to demand a review of America’s policies. Norma Cruz, founder of Fundacion Sobrevivientes, “staged a hunger strike in front of the US Supreme Court to protest the illegal adoption of stolen children from Guatemala….”

Belize: A relatively new country, Belize’s social stratification is a complex web of ethnicity and race. Gender based violence is also problem in Belize, one of the many countries last year to participate in the UN’s 16 Days of Activism Against Gender-based Violence. The other major problem for Belize is destruction of its ecosystem: Belize is home to the second largest barrier reef in the world but the delicacy of this ecosystem means that any changes in the global temperature or sea levels can be disastrous. 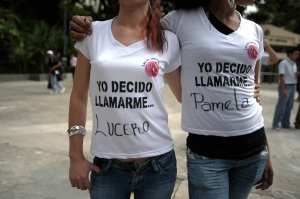 El Salvador: In a country plagued by civil war, internal terrorism and political violence, it may be hard to imagine that life for women is more dangerous after the peace accords were signed, but it’s true for El Salvador- the country with the highest murder rate in the world in 2009. In a country where women’s average salary is 28% lower than men’s, rates of murder and rape of women rose after the war. Salvadoreños also deal with US intervention, especially when it comes to mining, on a regular basis. Go here to send support to activists from Cispes El Salvador who have received death threats because of their vocal objections to US intervention there. Unsurprisingly, LGBTQAI rights in El Salvador are also under attack, but Entre Amigos (in English) is not afraid to stand up for what’s right.

Honduras: Lower than El Salvador but higher than Guatemala, Honduras’s murder rate is 67/100,000 inhabitants. The 2009 coup that expelled the former-President has left women in political limbo, but they are still in the streets demanding their human rights. Activists in El Frente are frequently targeted for their participation in anti-Lobo (the new President) demonstrations. If you are interesting in participating in a training session for the health and safety of activists fighting for the rights of sweatshop workers in Honduras, go here.

Nicaragua: The feminist movement in Nicaragua has the same generational aches and growing pains as the women’s movement in the US but some young Nica women are actively working to make the label “feminist” a positive one. Women’s rights activists in Nicaragua have been persecuted by the Catholic Church but support letters from Amnesty International followers gave them the strength to continue their fight. This page concisely explains women’s grim reality in Nicaragua. This blog highlights the work of one of my colleagues who is volunteering his time to help the street children of Nicaragua. 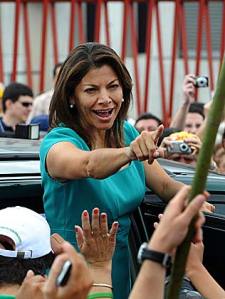 Panama: Panama’s first lady, on International Women’s Day, called for a nonviolent revolution to bring about gender equality in the country. Gender based violence and poverty are two major concerns for Panamanian women, in addition to “unequal access to education, and lack of political activism.” But many women in Panama do take to the streets in a different form of activism.

The Bahamas: Spousal rape and the ability to transfer citizenship to their children are two of the most contentious issues Bahamian women are fighting against and for, respectively. Part of the frustration of feminists in the Bahamas comes from women simply following men’s lead in politics. Rest assured though that if and when Bahamian women stand up for their rights, they will not be denied. 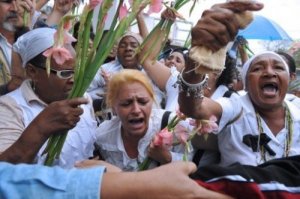 Cuba: The Revista Mujeres highlights the work and inequalities women face in Cuba today. One of the most vocal groups in Cuba Las Damas de Blanco visibly protest the government’s detention of their sons and husbands for their own political protests.

Jamaica: Homophobia is Jamaica has garnered the ire of LGBTQAI activists in the US but activists in Jamaica have their own hands full battling “corrective rape” of lesbians and violence against women in general. Racism is also still prevalent in Jamaica, but activists are speaking out against that too. 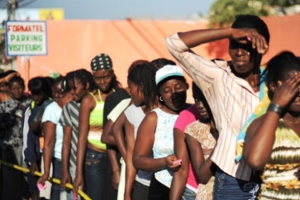 Haiti: Poor Haiti. Hurricanes, earthquakes, floods, diseases, and violence have marked Haiti’s recent history, with women suffering the most for it. Haiti lost three of its most influential women’s rights activists to the 2010 earthquake. The women who made rape a crime in Haiti, only in 2005, would have been heartbroken to hear the tragic tales of sexual violence in the makeshift camps that were constructed after the earthquake. Those women left behind continue to fight against violence, and rape (including testifying at the UN Court of Human Rights) and to have their voices heard. This year’s V-Day campaign also alerts the world to the plight of women in Haiti.

Puerto Rico: Although this island is not an independent nation, and is in fact, under the authority of the US, Puerto Rican women face unique challenges. This Master’s thesis by Matthew Perez of Ohio University explores the intersectionality of oppression that Puerto Ricans face. Activists in Puerto Rico two years ago seized the capital in a peaceful protest to decry the laws there that they say promote female submission to men and violence against women. 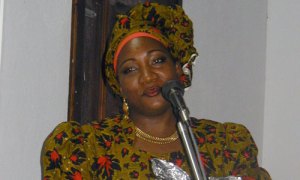 St. Lucia: The St. Lucia Crisis Center has participated for years in activities to bring about an end to violence against women, including AIDS awareness workshops. One of St. Lucia’s most vocal women’s rights activists, Flavia Cherry, spoke out about discrimination she has faced from the Minister of Gender Relations because of her political association. 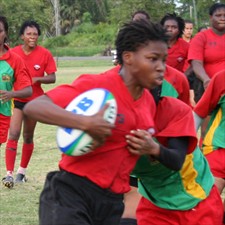 Trinidad and Tobago: The environment is one area that has been difficult for female activists in Trinidad and Tobago to break into, but Yvonne Ashby has managed to make her voice heard. Gender and feminism in the black power movement are explored in this essay, and at least one activist in this country has been harassed by the police for her vocal objections to the treatment of children and women. Trinidad and Tobago’s female Prime Minister, Kamla Persad-Bissessar, has promised that this year the country will establish a national Commission on the Status of Women, hopefully this will help address the concerns of the women and activists of Trinidad and Tobago.

Many words describe me but none more so than activist. I am dedicated to equality of all people and have a special focus on gender issues including reproductive justice, sexual violence, and strategic nonviolent action. END_OF_DOCUMENT_TOKEN_TO_BE_REPLACED
This entry was posted on Saturday, March 12th, 2011 at 21:34 and tagged with Activism, Belize, Caribbean, Central America, Costa Rica, Cuba, El Salvador, Guatemala, Haiti, Honduras, Jamaica, Nicaragua, Panama, Puerto Rico, St. Lucia, St. Vincent and the Grenadines, The Bahamas, Trinidad and Tobago, Women's History Month, Women's rights and posted in Race/Ethnicity and Activism. You can follow any responses to this entry through the RSS 2.0 feed.
« Day 11- Women’s Activism in Europe
Day 13- Women’s Activism in South America »